One hundred and eight four primary school pupils have taken part in The West Tallaght Schools Equestrian Initiative. The programme was primarily funded

by The Ireland Fund

with supplementary funding from the Growing Community Roots programme and was held over the last six months in Fettercairn. 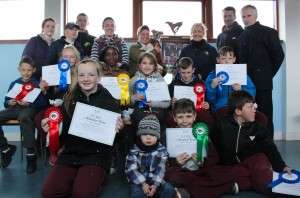 The Equine Initiative, run by the Fettercairn Youth Horse Project, was designed to firstly, introduce a large number of children in the West Tallaght area to the possibility of enjoying the whole equine experience and secondly, to provide a pathway for progression

in the sport in an inclusive, supportive and developmental environment.

The Initiative had two areas of focus:

by The Ireland Fund) and from St Bridget’s NS, St Anne’s & St Aidan’s NS (funded by the Growing Community Roots programme). This part of the programme was completed before Christmas 2015 with 163 pupils each having a Taster session.

The aim of the second phase of The West Tallaght Schools Equestrian Initiative was to provide a pathway for progression in the sport in an inclusive, supportive and developmental environment. Nineteen children from St Anne’s and St Aidan’s primary schools, with whom we have worke 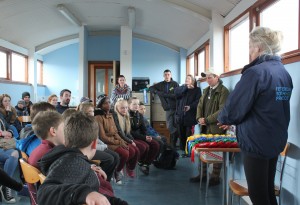 d previously, attended a ten week programme once a week for an hour session which includes half hour Riding/Equitation class and a Stable Management

The students involved in the second phase were as follows

The nineteen students were all awarded the AIRE Foundation Level A in Equitation and Stable Management Certificates in two award ceremonies in the Horse Project last week. There was great excitement as the students received their certificates from the FYHP team.

Well done to all! 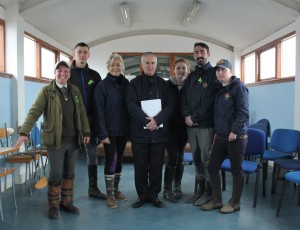